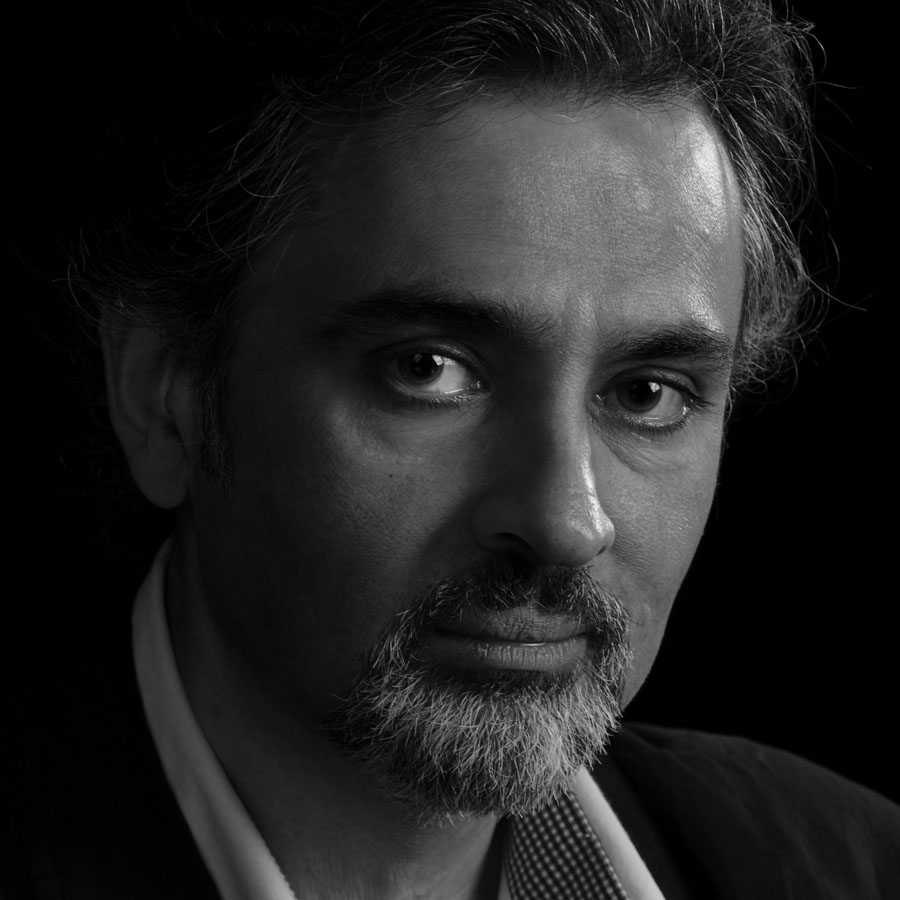 Ike is a founding member of NKM Media and is extensively involved in the development and production of new film and television projects. He has enjoyed a long and varied career in media. A former architect, he became a stage actor in the 90s, receiving a Best Actor award in 1996. After moving into film and TV, he shied away from the camera, turning down television roles and shifting his focus to writing, directing and producing. He has previously been involved in developing and designing graphics for computer games in the ’80s and as a videographer, shooting his first event video in 1982. Ike is an alumnus of the University of Westminster. 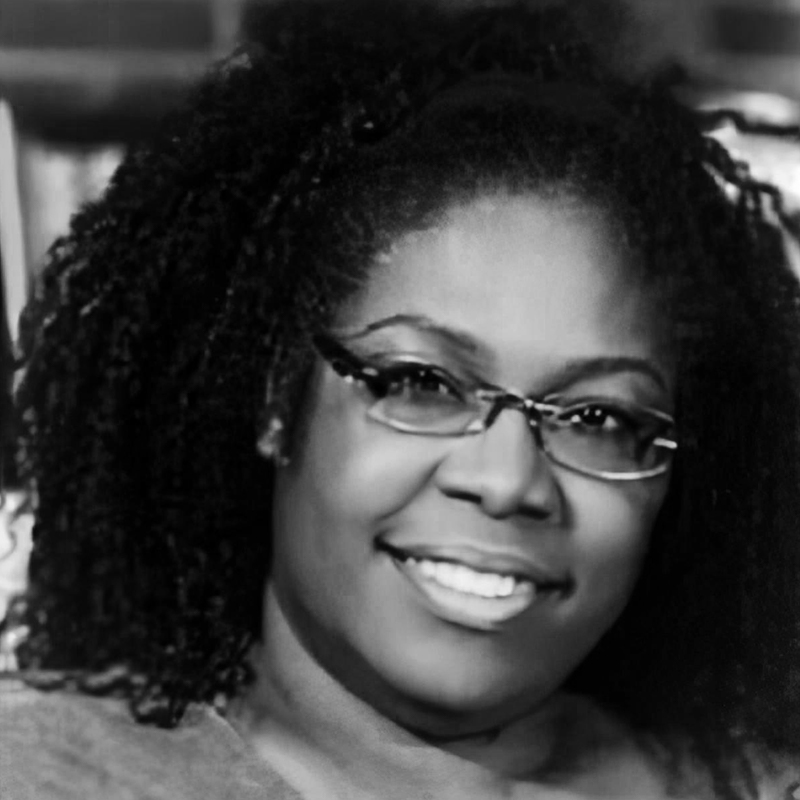 Joint Chief of International Business Development, Janet is an Emmy Award winning producer/director and writer. Originally from Philadelphia, PA, Janet is currently based in North Carolina where she is also the Chief Operating Officer for our affiliate, US television network, BGNTV. In a career spanning three and a half decades, Janet has held various positions in all formats of broadcast media – from newspapers and radio to television, film and the internet, working on documentaries, comedies and drama on both film and stage. Overcoming many barriers in the industry, she became one of the youngest producers for the nationally syndicated television show, Black Perspective on The News. For the past thirty years, she has worked for several TV networks including NBC and WHYY, Philadelphia and has been both a contributing and executive producer. In addition to her Emmy Award, earned while working as Special Projects Producer at NBC in Raleigh, Janet has won numerous writing awards. Her vision and unapologetic grit in creating new and compelling content is what drives her success as a producer and COO of the BGN TV network. 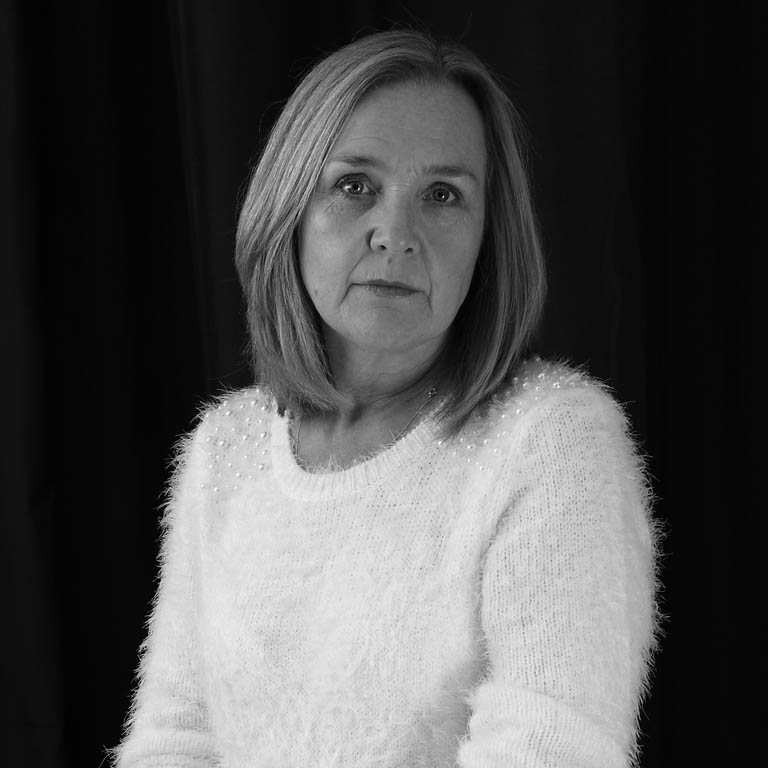 Journalist and mother to 2 boys and 2 girls, Judy Broadbent has written for national newspapers and magazines for almost 25 years. Well respected by editors in the UK, Europe, Australia and the USA, she is regularly commissioned to write articles on their behalf. In addition to working with NKM Media and writing on a daily basis for the national press Judy is involved in PR with her own firm which she formed a decade ago and she has worked with several household names, facilitating the publishing and publicising of many books along the way.
“My bow does have a few strings but my greatest achievement by far is raising my four children. I am extremely proud of them all. With many life lessons learnt along the way, both good and bad, what I bring to NKM Media is a wealth of experience across many areas.”
“The adrenalin buzz is priceless – it means you’re getting it right” 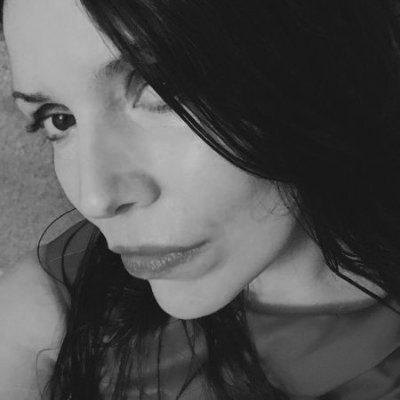 As a former external advisor to NKM Media, Zee recently joined the team to focus on the creation of investment materials, developing investor relations and event coordination. Starting her career at a firm of Solicitors in Bath her experience includes trading endowment polices with Europe, working for a San Francisco based boutique investment bank as well as founding Innovation hubs. Since helming her own production company, Zee found herself in demand as an expert in crowdfunding. She also runs film & music industry professional events with over 8,000 people in her London network alone. As a director of Fundsurfer, she has been involved in finance for film & TV projects as well as funding tech startups, scale-ups and property development and is due to launch a £100M film fund in the third quarter of 2018. 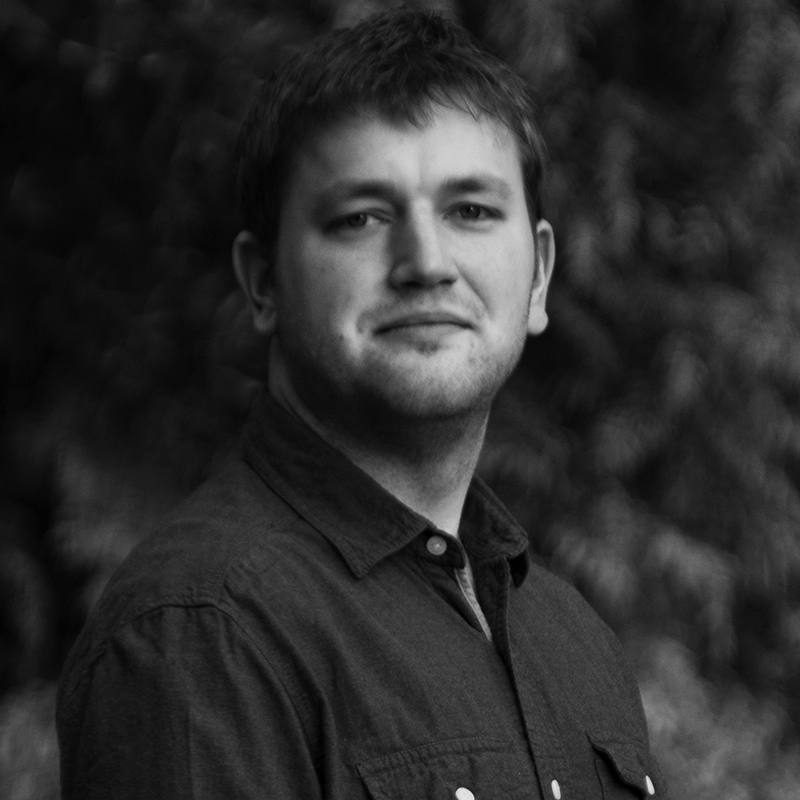 A former student of the London Film Academy, Ben initially worked as a corporate web designer, specialising in visual effects and 3D. Soon becoming an expert in visual effects, Ben wrote many articles on the subject and regularly published software reviews. He also provided free tutorials via his website www.effectsportal.net. Following his passion for film he directed and produced several short films and soon found his services in demand for shooting and editing commercials. Ben is a founding partner of NKM Media. 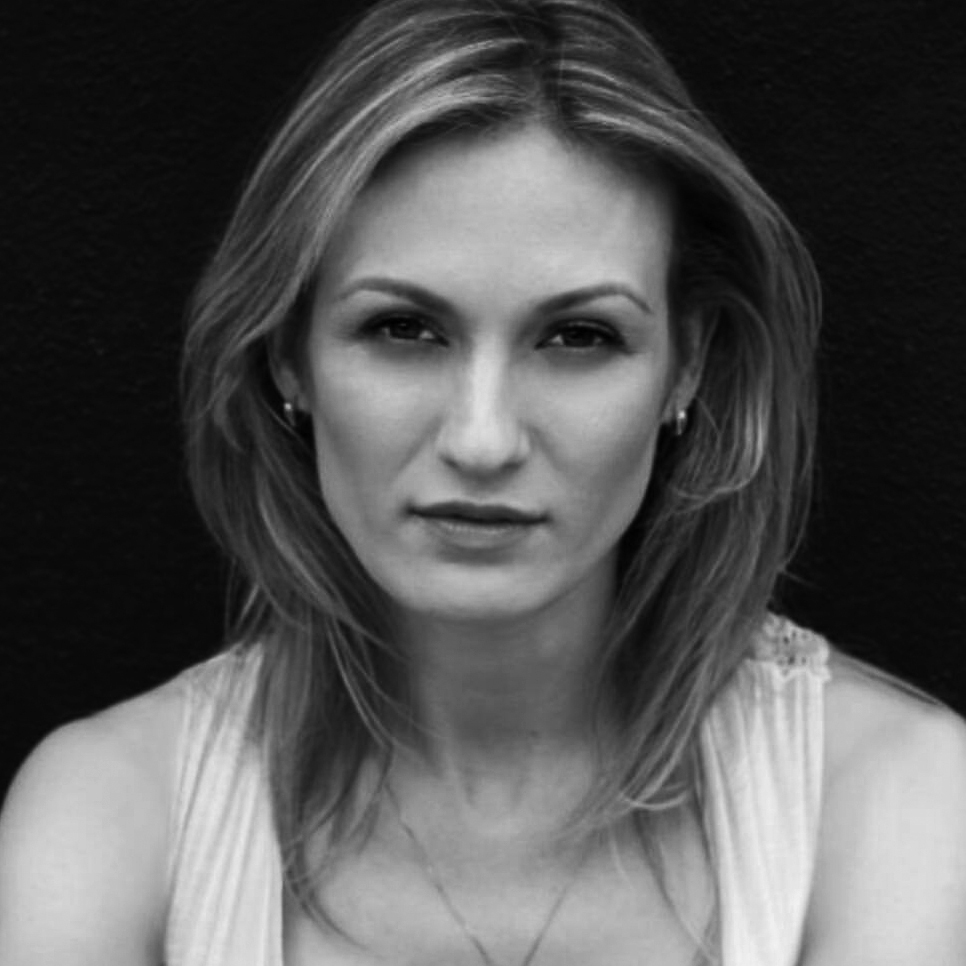 Nika ​is our L.A. based ​producer. Having formally trained in theatre performance in London, she also holds a Design degree from the prestigious Central Saint Martins. With her extensive experience in film, TV and theatre, Nika maintains a parallel career as an actor and ​is well known for her regular role in Showtime’s series Submission. Other credits include My Crazy Ex, The Evil Things as well as award winning independent films such as Headshots, Goldman, The Case of The Missing Case and The Abolisher. A co-founder of the acclaimed Second Skin Theatre, Nika also runs acting classes as well as social media strategies for actors and film & theatre producers. Originally born in Moscow, Nika is a fluent Russian speaker. 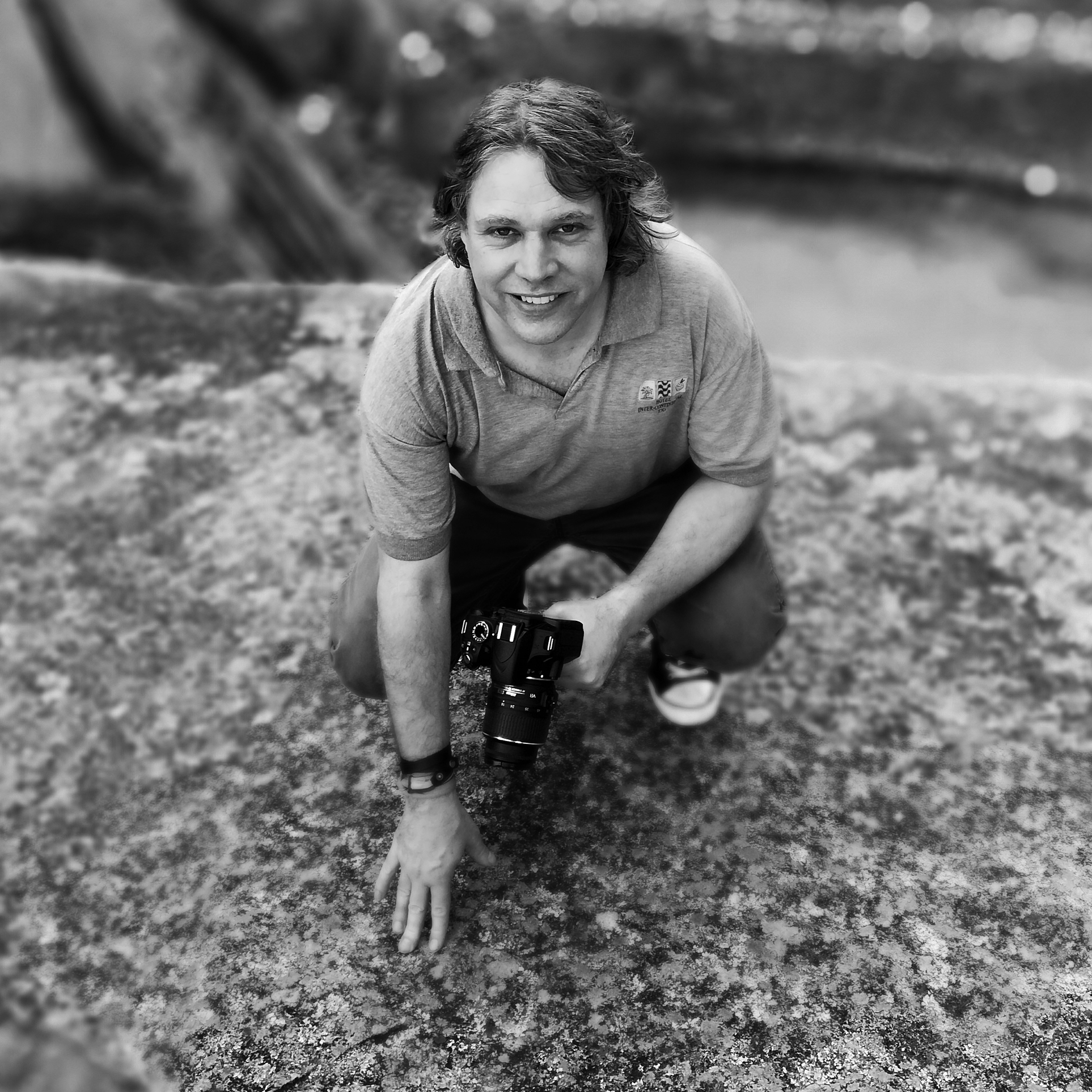 One eye on journalism, the other on the film industry. Alexander James is one of the small percentage of the UK’s accredited journalists working to industry standards (PTC and NCTJ). His career begun at Haymarket Publishing, and after, the booming men’s magazine market working with Esquire, FHM, Loaded and as an editor on Men’s Health, scooping many industry awards. More recently he’s worked on video, radio and print journalism in travel, health and men’s issues for titles such as Channel 4, Time Out, The Times, The Guardian, The Mirror, Metro, Sunday Times Travel, The Sunday Express, Harrods private jet magazine (Halcyon), Italia! Magazine, Hunger, Speciality Food Magazine, Square Meal, Conference and Incentive Travel, ABTA Travel Magazine and is a co-author on two books World Atlas of Street Food (Quarto Publishing) and Marathons of The World (New Holland/Fox). In addition to being a proud member of the NKM Media team, he is set to launch online interactive magazine, World Ambassadors, embracing the creative industries. More here: realexjames.wordpress.com 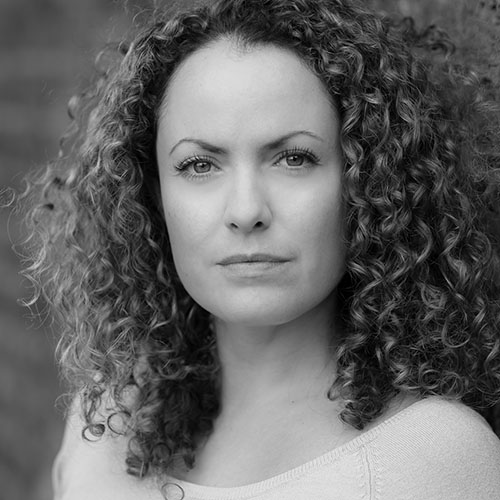 Born into an artistic and culturally diverse family, Ana developed a unique perspective and a keen interest in the visual arts from an early age. Her passions include cinema, photography, theatre and art. Graduating from East 15 with a BA in Acting, Ana has since worked on both sides of the camera, and has directed and performed in several productions in both film and theatre. Ana has also run her own theatre company and recently worked as Movement Director at Voices of the Holocaust theatre. She is an accomplished photographer and oil painter in her own right and continues to develop her extensive portfolio. As a fitness enthusiast Ana also finds time to instruct fitness classes. 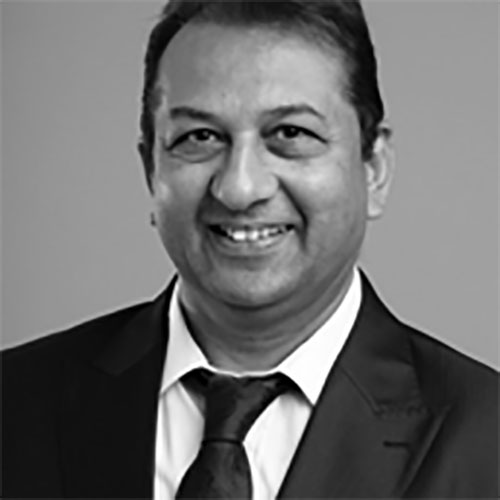 After graduating in Business Studies, Bharat completed his accountancy qualifications and since then has accrued over 20 years experience as financial controller. Additional experience in financial consultancy and property investment has given him a broad outlook in the world of investment and he brings this experience to NKM Media as Manager of Film Investment. His passion for the world of film has also lead him to work in front of the camera for TV, commercials and films. He is keen supporter of charities and his charitable work includes promoting fund raising for St Luke’s Hospice. He is also a member of the London branch of the global charity institute, Lions Club International. 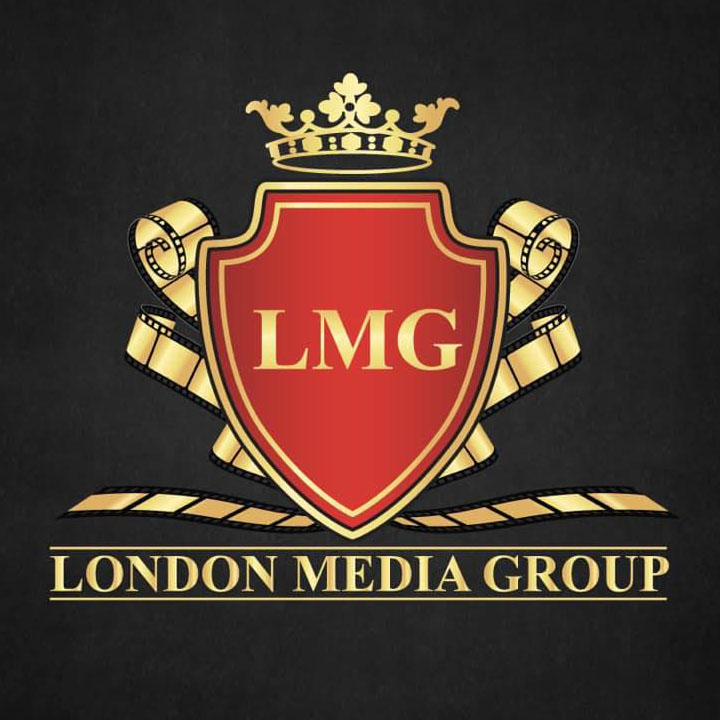 London Media Group is a corporate partnership between production companies NKM Media and Storm in Motion Pictures, together with Peacock Film Finance. Formed in 2019, it coalesces a formidable team and harnesses the myriad possibilities for cross-pollination. It also brings a host of new on-screen talent and access to A-list stars in Hollywood and across the globe via talent agencies MAA and CCA. 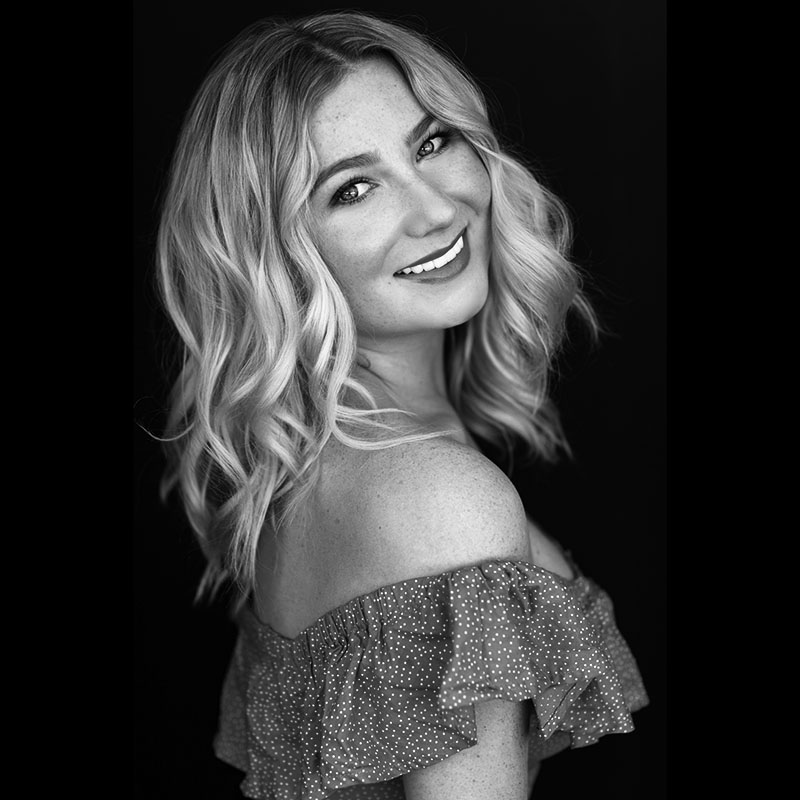 Keely is a producer at NKM’s partner organisation, London Media Group. She is also the CEO of C Talent, a talent management company representing D/deaf and disabled artists, and also the founder of CCA, a UK based talent agency.
A strong advocate for the equality and promotion of actors with disabilities, Keely serves on the Equity UK Deaf and Disabled Committee and on the BFI Advisory Board.
In addition to her business activities Keely is also an actress and has appeared in many TV shows. She has worked with many greats during her career so far such as Michael Caine, Cameron Mackintosh, James Marsh, Crispin Reece, Rupert Gould to name a few.
Keely is also is a producing partner at MAA, London Digital Studios and Storm In Motion Pictures.
Her focus is creating to create change, removing stigmas, increasing inclusion and creating true equality, both in front and behind the screen through incredible content. 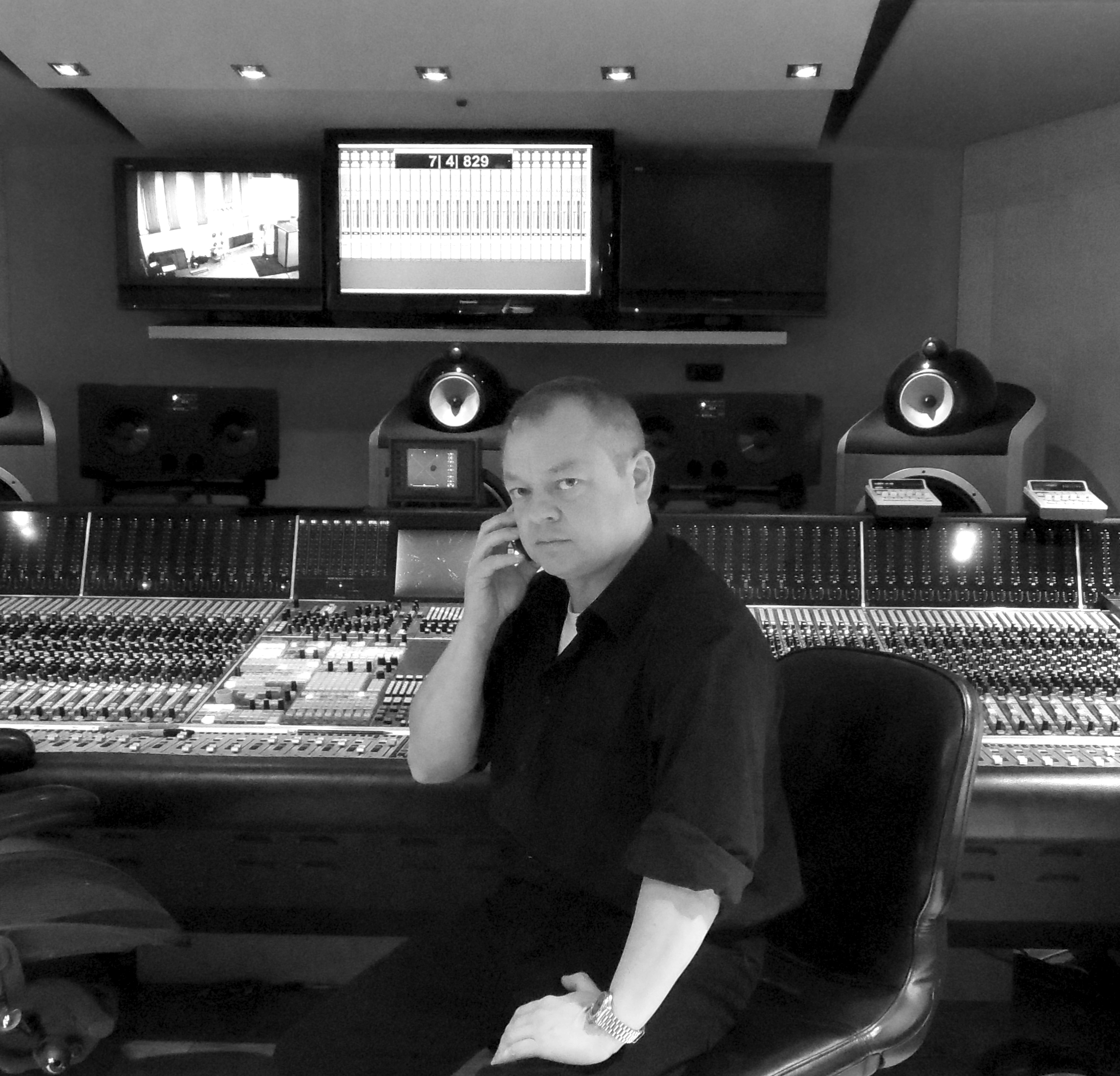 Andrea Gottardo has enjoyed over 40 years of experience working in the music industry as an established music producer and composer. Early years were spent in the 80’s UK music scene as a member of pop band On-On, signed to Red Rose Records. He then moved on to production and engineering duties for major London recording studios and record labels such as London Records, Polydor Geffen Music, EMI, Universal Music, Abbey Road, Townhouse, Trident, Sarm West, Chipping Norton, Roundhouse and Maison Rouge Studios. Mentored by Colin Thurston, Andrea assisted in the development and production of many well known pop acts such as Duran Duran, Aha, The Human League and Howard Jones. A move to South Africa in the late 90’s to manage Digital Forest Studios, widely regarded as the most prestigious recording studio in the southern hemisphere, saw a diversification into film and advertising. Andrea has also worked with international brands such as Coca Cola, Iron Brew, Engen Petroleum, Sony, and recording artists like Redd Angel, and been responsible for several movie soundtracks. Now responsible for managing several emerging UK and South African singing stars, he continues to develop and nurture new acts, bringing his many years of experience to the fore, in the ever changing and diversifying music scene. 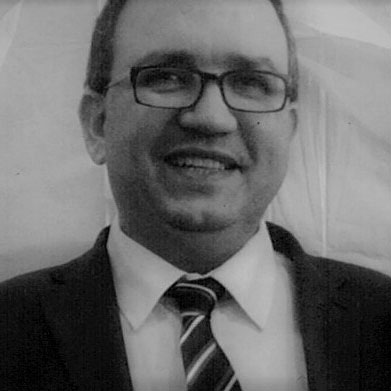 Ronny has worked in the UK music industry for over 35 years, specialising in International Licensing and music publishing. He has particular experience in setting up and negotiated Single, Album and Compilation licensing deals across the USA, Japan, Europe and Australia. He also negotiated an exclusive deal for music to be used in a 26-part Television Series in South Africa and signed a worldwide audio book publishing deal with Hodder Headline / Hachette in the UK on behalf of a client. Began his career with PRT (formally PYE Records) in 1985 and liaised with Licensees such as BMG/Ariola Germany, PolyGram Australia, MCA USA (KINKS) about releases and new releases of artists such as Sandie Shaw, Petula Clark, The Searchers, Mungo Gerry and The Real Thing across the world.Also initiated a licensing deal for the PYE back catalogue to Matsushita/National Panasonic in Japan. He has retained and strengthened his network throughout the years. 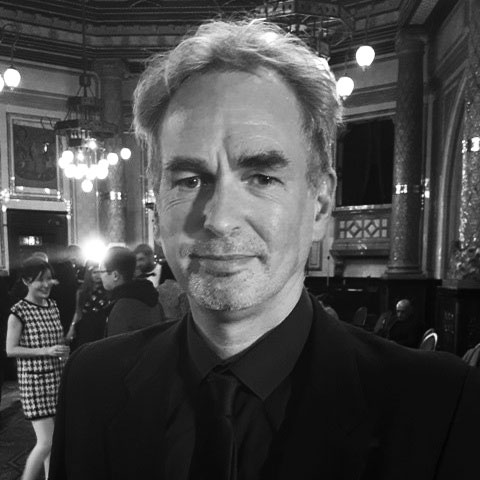 Rob has worked in the film industry for over 20 years. He began his career on the Isle of Man, where credits included ​”​H​ound of the Baskervilles”(BBC) , “Talk to Me”, “A B​unch of Amateurs” (Royal Film Performance 2008, official selection) and “​ ​The Disappearance of Alice Creed”, co produced by Isle of Man Film ​ and​ CinemaNX. Since moving to London in 2012, Rob’s activity has branched into many areas including script analysis, package consultation, associations in film sales/distribution, and investor relations. Recently Rob and Zoe Solanki were Executive Producers on the Blue Shadows production “Butterfly Kisses” which received its World Premiere at Berlinale 2017, winning the Youth Jury’s Crystal Bear for Best Film. It has subsequently won awards at the Lucca Film Festival, Italy, and the Netia Off Camera Film Festival in Krakow, Poland. Rob joined NKM Media in 2016.