The ALEXA Plus adds integrated wireless remote control, the ARRI Lens Data System (LDS), additional outputs, lens synchronization for 3D, and built-in position and motion sensors. It shares ALEXA’s image performance, simplicity of operation, reliability in extreme environments and versatility of workflow, and is available either as part of a complete camera package or as an upgrade for the original ALEXA.

An advanced electronics side cover permits real-time wired or wireless remote control of camera REC/STOP and lens functions like focus and aperture, using either ARRI hand controllers such as the Wireless Compact Unit (WCU-3) or cmotion’s modular cvolution system.

The lens mount of the Plus model incorporates LDS contacts, allowing lens data and depth of field to be displayed in the viewfinder or on monitors, and making speed/iris ramps easier. Lens metadata can be recorded using ProRes, HD-SDI or ARRIRAW. 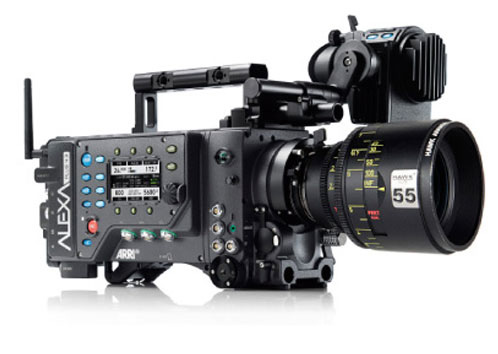