“Sometimes your thoughts can kill you”

Written, shot, edited and scored in 2 days for the London 48 hour film project. 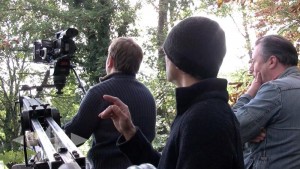